Great Compilation of Value based stories

We gave our children each a compass also purchased on Overstock and introduced this theme of True North and the Moral compass we all must follow. We use this for daily devotional ideas Читать весь отзыв

THE MORAL COMPASS: Stories for a Life's Journey

No moral ambiguities in another sweeping potpourri from the compiler of the 1993 bestselling Book of Virtues. From Disney's Pocahontas and its messages about greed and environmentalism to ironic Sufi ... Читать весь отзыв

William J. Bennett served as Director of the Office of National Drug Control Policy under President George H. W. Bush and as Secretary of Education and Chairman of the National Endowment for the Humanities under President Reagan. He holds a bachelor of arts degree in philosophy from Williams College, a doctorate in political philosophy from the University of Texas, and a law degree from Harvard. He is the author of such bestselling books as The Educated Child, The Death of Outrage, The Book of Virtues, and the two-volume series America: The Last Best Hope. Dr. Bennett is the former host of the nationally syndicated radio show Bill Bennett's Morning in America and the current host of the popular podcast, The Bill Bennett Show. He is also the Washington Fellow of the Claremont Institute and a regular contributor to CNN. He, his wife, Elayne, and their two sons, John and Joseph, live in Maryland. 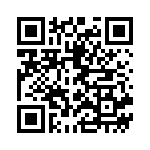