Ńņš. 16
In keeping with Moll's daydream mood , her son's behavior , especially in money
matters , is idealized to a fault ; he reads her his grandmother's will , whereby she
inherits “ a plantation on York River ... with the stock of servants and cattle upon ...
Ńņš. 55
As John T. Winterich has aptly pointed out in his article on “ Book Collecting ” in
The Wonderful World of Books ( New York : New American Library , 1952 ) : A
book collection is simply a group of books , from two up , that is bound together
by a ...
Ńņš. 47
After her graduation from Wellesley College , she studied painting in New York ,
Boston , France , and Italy , and did some teaching ( at Wellesley ) and some
commercial designing . In 1924 she became painting assistant to Ezra Winter ,
mural ... 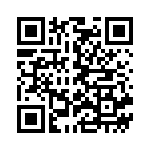