Ņōđ. 43
( DS , 52  4 : 156 - 63 ) Despite its ambivalence , this passage does appear to
reflect a sense that the practice of picturesque pastoral scene painting cannot
now be undertaken without a serious danger of dishonesty . Wordsworth is
allowing ...
Ņōđ. 71
James Beattie , the poet with whom he was closely identifying , was a moral
philosopher of the Scottish Common Sense School , a movement deeply
influenced through Hutcheson , Thomas Blackwell , Hollis and others by the
writings of ...
Ņōđ. 89
14 The Scottish Common Sense School of philosophy , dominated by Hutcheson
, and including Reid and Beattie , continued to explore the territory of feeling ,
making , as Shaftesbury put it , ' a formal Descent on the Territories of the Heart . 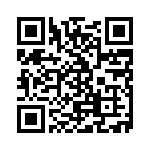