Non-fiction memoir from a research neuroscientist who inadvertently discovered his brain scan is similar to that of the psychopathic killers he had been studying. Fallon is married, has a family, and ... ×čņąņü āåńü īņēūā

THE PSYCHOPATH INSIDE: A Neuroscientist's Personal Journey into the Dark Side of the Brain

A neuropsychologist makes the shocking discovery that his brain scans are identical to those of serial killers.In 2005, Fallon (Psychiatry and Human Behavior/Univ. of California, Irvine), a self ... ×čņąņü āåńü īņēūā

James Fallon is an award-winning neuroscientist at the University of California, Irvine, where he has taught for thirty-five years. He lives in Irvine, CA. 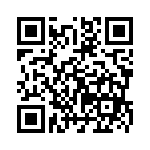