We now know that Richard did indeed suffer from scoliosis in his spine, and that his body remained at the Greyfriars in Leicester until rediscovered in 2012. But we still don't conclusively know ... ×čňŕňü âĺńü îňçűâ

Alison Weir writes an engaging account of the end of the War of the Roses and the last of the Yorkist kings, addressing the two big questions: * What happened to young Edward V and his brother the ... ×čňŕňü âĺńü îňçűâ

Alison Weir is one of Britain’s top-selling historians. She is the author of numerous works of history and historical fiction, specialising in the medieval and Tudor periods. Her bestselling history books include The Six Wives of Henry VIII, Eleanor of Aquitaine, Elizabeth of York and The Lost Tudor Princess. Her novels include Innocent Traitor, Katherine of Aragon: The True Queen and Anne Boleyn: A King's Obsession. She is an Honorary Life Patron of Historic Royal Palaces and a Fellow of the Royal Society of Arts. She lives and works in Surrey. 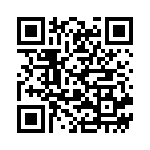