Shop for Books on Google Play

Browse the world's largest eBookstore and start reading today on the web, tablet, phone, or ereader.

What people are saying - Write a review

Helena Blavatsky is one of the most enigmatic figures of the nineteenth century and her legacy continues today. Nicholas Goodrick-Clarke edited this wonderful introduction to the voluminous work of Helena Petrovna Blavatsky. Her two most famous works are Isis Unveiled and the Secret Doctrine, each comprises two volumes and over one thousand pages each. Blavatsky covers almost every spiritual tradition known to man from Hinduism to Buddhism and Christianity to Kabbalah. I had to write two papers on Blavatsky for my MA in Western Esotericism at the University of Exeter. Blavatsky’s work is complex and rich in content, many have accused her of plagiarizing some of the content among other things but the importance of her work cannot be underestimated. I would highly recommend reading this book before engaging in either of her aforementioned works.

Other editions - View all

Nicholas Goodrick-Clarke, General Editor of the Western Esoteric Masters Series is Professor of Western Esotericism at the University of Exeter and director of its Centre for the Study of Esotericism. He has published studies on Paracelsus, John Dee, Cornelius Agrippa, Emanuel Swedenborg, and Helena Blavatsky. His pioneering work, The Occult Roots of Nazism has been translated into nine languages. 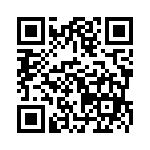