Wright presents an interesting narrative, blending ideas from a range of disciplines. On the one hand, it's a smooth overview of the development of information management -- mainly from a library ... вХРЮРЭ БЕЯЭ НРГШБ

Wright's beautifully written book, Glut is the right book for you. Among other things, this book is a deeper exploration of the rich history of traditional information revolutions and how networks and ... вХРЮРЭ БЕЯЭ НРГШБ 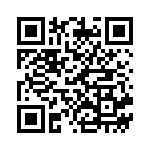