Edward Pechter has taught at universities in the U. S., England, and Canada and is Distinguished Professor Emeritus at Concordia University (Montreal) and Adjunct Professor of English at the University of Victoria (British Columbia). His books include Drydens Classical Theory of Literature, What Was Shakespeare?, Textual and Theatrical Shakespeare (Iowa, 1996), Othello: A Norton Critical Edition, and Shakespeare Studies Today: Romanticism Lost. 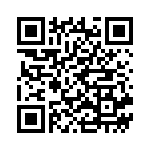