David Harb was born in Oakland, California in 1938. A year later, his family moved to Atlanta, Georgia. He grew up in Atlanta and graduated from high school there. He attended College in Omaha, Nebraska. Mr. Harb received a BA degree from the University of Omaha. He began his career with Merrill Lynch as a Stock Broker in Beverly Hills, California. He spent twenty-two years in California, and then moved back to Atlanta to be closer to his family. He stayed in Atlanta until retirement. Mr. Harb retired by the Sea on Fripp Island, S.C. He became an avid fi sherman and enjoyed the island environment with all of the wonders of the low country as it is called by the natives of that area of South Carolina. He enjoys sunrises and sunsets. He never tires of the changing of the daily tides. There is about an eight foot swell from low tide to high tide and each day brings new discoveries. David believes that each day brings new wonders. 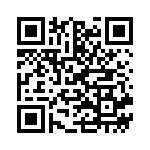