Стр. 64
... of Agricola , as we know from an inscription , the great basilica of Verulamium
was completed , and it may be assumed that the accompanying forum , if not
complete , had been laid out and was at least in process of construction .
Стр. 85
East of Huggin Hill , another complete and separate bath system was later added
, with a new and exceptionally large hot - room , the apsidal end of which was in
the east . A square unheated room already built to the west of it was converted ...
Стр. 109
complete destruction , however , and among these the fire , in any sort of wind ,
would have spread rapidly . There is no known political event with which it can be
associated , and in all probability it was the result of accident , like the fire of ... 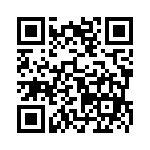