Travel in the Orient is a dangerous affair. But as you travel with the hero of these narratives and join him on his journey around the Mediterranean from Algiers to Albania, through the many, at times hostile, lands and encounter the grizzly remains of a murdered man, follow the tracks of the perpetrators across the sands of the world's largest desert, meet with corrupt Turkish officials and rescue a maiden from a kidnapper and become involved in the battle between warring Arabian tribes, you are no longer just an impartial reader. You are part of this epic journey, a part of the action and the struggle to solve the mystery that is unfolded in this first book of this ongoing series.

I founded this company not only because I translate Karl May's "Traveler's Tales" into English, but also because this great author has never been given a chance in the United States of America. Here, for the first time after more than a century, Karl May's original writings can be obtained in their true glory. Our mission is to create an awareness of this great author and his deeper message cantained in his writings. A message that speaks of peace and of unity for all mankind, which so often has been ignored by past translators. We are proud to present the first and only unabridged English translations of the "Traveler's Tales" to the world. 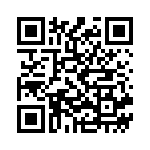