Ð‗­. 76
Only Krsna can claim this because He is the Supreme Personality of Godhead.
No living entity, including Brahma, Lord Siva, or Narayana, can possess
opulences as fully as Krsna. Therefore it is concluded in the Brahma- samhita by
Lord ...
Ð‗­. 731
With the Original Sanskrit Text, Roman Transliteration, English Equivalents,
Translation and Elaborate Purports. the impersonal Brahman, the Supreme
Personality of Godhead, and the localized Paramatma, but as the form of the
incarnation of ...
Ð‗­. 734
conditioned and some of whom are liberated, there is the Supreme Personality,
who is Paramatma. The Upanisadic verse runs as follows: nityo nityanam
cetanas cetananam. The purport is that amongst all the living entities, both
conditioned ...

Dharma, the way of a warrior, action vs. renunciation, and the nature of God are the themes explored in this timeless conversation taken from the Hindu epic - the Mahabharata. Set on the eve of war ... ÎÞ‗Ó‗³ ÔÕ±³ ¯‗þ¹Ô

I'll begin by saying that my intention of reading Bhagavad Gita was not to find god, but to gain a better understanding of life. Unfortunately, most part of the book is just blind following of Krsna ... ÎÞ‗Ó‗³ ÔÕ±³ ¯‗þ¹Ô 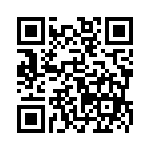