ok i have mixed feelings about this. I was wondering what's the hype about this book, and now I've read it, I still don't quite understand why people are giving too much hype over a bindful of Madonna ... ×čņąņü āåńü īņēūā

We examined exerpts of this book in a class I took about media and gender. I thought that seeing the book in its entirety would help me understand it and all the fuss the book got back in the 90s. Im ... ×čņąņü āåńü īņēūā

Glenn O'Brien was born in Cleveland, Ohio on March 2, 1947. He attended Georgetown University, where he edited a student literary magazine entitled The Georgetown Journal, and studied film at Columbia University. In 1971, Andy Warhol hired him to work on and then edit the magazine Interview. He was the host of the public access television show TV Party from 1978 until 1982. He was an editor, art and music columnist, essayist, and poet. He wrote the Style Guy fashion advice column, which appeared in Details magazine and then in GQ, from 1999 to 2015. He also worked for Artforum, Oui, High Times, Maxim, Purple, Rolling Stone, Allure, and Harper's Bazaar. He wrote the books How to Be a Man: A Guide to Style and Behavior for the Modern Gentleman, Ruins with a View, and Like Art: Glenn O'Brien on Advertising. He edited Madonna's book Sex, wrote the play Drugs with Cookie Mueller, and was the screenwriter for Downtown 81. He was also a stand-up comedian, a creative director at Barneys New York, and an advertising copywriter including several of Calvin Klein television campaigns. In 2015, he started a new television talk show entitled Tea at the Beatrice. He died of pneumonia on April 7, 2017 at the age of 70. 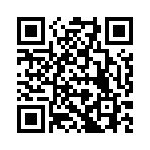