Стр. 122
It is on that account , members of the New York Electrical Society , that I now wish to propose Mr. Marconi as an honorary member of the New York Electrical Society . JOSIAH QUINCY , JR . WELCOME TO DICKENS Speech of 122 MICHAEL PUPIN.
Стр. 301
This address was delivered at the dinner in honor of the Right Reverend Charles Sumner Burch , D.D. , Bishop of New York , by the Church Club of New York , at Waldorf Astoria , Tuesday , October 28 , 1919 . MR .
Стр. 425
WILLIAM WINTER TRIBUTE TO JOHN GILBERT Speech of William Winter at a dinner given by the Lotos Club , New York City , November 30 , 1878 , to John Gilbert , in honor of the fiftieth anniversary of his first appearance on the stage . 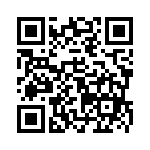