A pure comfort read about a family in Scotland and the house they inhabit through the years between the two World Wars (mostly). When Miss Celia Dunne feels her time is running out, she makes a will ... ◊ŤÚŗÚŁ ‚ŚŮŁ ÓÚÁŻ‚

This was a thoroughly enjoyable and gentle look at a family living on an old estate in Scotland in the early to mid 1900s. The characters are not shallow, but well developed, and I found myself ... ◊ŤÚŗÚŁ ‚ŚŮŁ ÓÚÁŻ‚

D. E. (Dorothy Emily) Stevenson was born in Edinburgh, Scotland on November 18, 1892. She married Captain James Reid Peploe in 1916. She wrote over 40 books in her lifetime. Her first novel Peter West was published in 1923. Her other books include Mrs. Tim of the Regiment, Miss Buncle's Book, Miss Buncle Married, and Listening Valley. Her Mrs. Tim books were inspired by the diaries she kept while an army wife. She died on December 30, 1973. 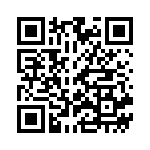