Writings of the Luddites

The Luddites have been appropriated by Marxist historians as pioneers of working-class self-awareness and by latter-day technophobes as early rebels against a dehumanizing machine civilization. This ... Читать весь отзыв

Kevin Binfield is a professor of English at Murray State University. 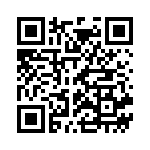