Fab was a very enjoyable read. Howard Sounes does a great job of balancing McCartneyТs mistakes and his genius, but never deifies the man. Yet at the same time he seems to like McCartney more and more as the book progresses draws the reader into a shared and honest admiration. „итать весь отзыв

Solid addition to the ever-expanding library of books about the Beatle named Paul.Like Peter Carlin's Paul McCartney: A Life (2009) and unlike Barry Miles' Paul McCartney: Many Years from Now, this ... „итать весь отзыв

HOWARD SOUNES is the bestselling author of meticulously researched and revelatory books of biography, history and true crime, published in the UK, USA, and in translation around the world, including Charles Bukowski: Locked in the Arms of a Crazy Life and Down the Highway: The Life of Bob Dylan. He has written widely about popular music and the arts, but his background is as a news journalist, in London, UK, where he was born and lives. He was working as a newspaper reporter in 1994 when he broke the story of the British serial murderers Fred and Rosemary West, going on to write his first bestseller, Fred & Rose, which has sold nearly 300,000 copies. 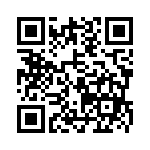