Dr. Lian Duan is a senior bridge engineer and Structural Steel Committee chair with the California Department of Transportation (Caltrans), United States. He worked at the North China Power Design Institute from 1975 to 1978 and taught at Taiyuan University of Technology from 1981 to 1985. He received his diploma in civil engineering in 1975, MS in structural engineering in 1981 from Taiyuan University of Technology, and PhD in structural engineering from Purdue University in 1990. Dr. Duan's research interests cover areas including inelastic behavior of reinforced concrete and steel structures, structural stability, seismic bridge analysis, and design. 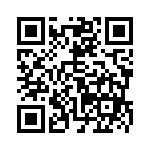