First in Thirst: How Gatorade Turned the Science of Sweat Into a Cultural Phenomenon

Review: First in Thirst: How Gatorade Turned the Science of Sweat Into a Cultural Phenomenon

Darren Rovell has been reporting on sports business since 1998. Since June 2000 he has served as ESPN.com's sports business reporter. He also appears on numerous ESPN radio affiliate shows and on ESPNews, and contributes to ESPN's flagship Sports Center, its investigative Outside the Lines shows, and ESPN2's morning show Cold Pizza. In 2004, Rovell was named to Newsbios' 30 under 30, a list of the top 30 national business reporters under 30. He is the co-author of On the Ball: What You Can Learn About Business from America's Sports Leaders. Mr. Rovell is based in Bristol, Connecticut. 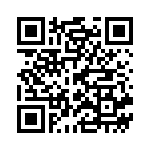