Ńňđ. 276
Narvaez did not sucrently strong in both Chambers , ceed in forming a Ministry ,
and the and did not exhibit external ... on good bers : -Marquis de Miraflores ,
Preterms with his colleagues , and fre- sident of the Council , and Minister quently
...
Ńňđ. 279
the press . claring that the conduct of the ral Don Juan de Pezuela , Minister
President , M. Castro y Orozco , in of Marine and Colonies ; Don convening the
Chamber , had been Pedro Egana , Minister of Grace anti - constitutional .
Ńňđ. 296
On the 26th of May , two Royal Minister of the Kingdom ( Interior ) , proclamations
appeared , by the Monsinho d'Albuquerque . first of which the Chamber of
Minister for Foreign Affairs , Conde Deputies was dissolved , and the do Lavradio
. 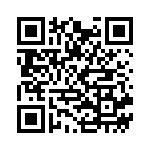