—Úū. 150
The one is called Anubis , like the ancient jackal - god of the dead ; and if the
other , Bata , does not possess so distinguished a namesake , he is also ,
however , a divine being , for in the Upper Egyptian town of Saka , in the period of
the New ...
—Úū. 175
In this necessity the idea was adopted of sending Amūn himself to Byblos , and
there was chosen for that purpose an image of the god , which , as it was called ď
Amūn of the Road , Ē had probably been sent away from Thebes on other ...
—Úū. 185
It was attached to the temple which Ramesses II built for Amūn on the west bank
of Thebes , the so - called Ramesseum , and it was included in the great groups
of offices surrounding the temple on three sides . A strikingly large number of ... 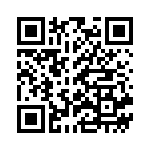