Ńňđ. 35
The United States Court County , Virginia , and were so doing when of Appeals
for the District of Columbia Cirthis suit was filed . Neither claims residence cuit ,
Edgerton , Circuit Judge , held that Disor domicile in the District of Columbia . trict
...
Ńňđ. 36
Court of Appeals in a similar case , the Samuel F. Beach , Washington , D. C. ,
appellant is making a collateral attack on with whom Leslie C. Garnett and Karl W
. the judgment in the former suit , “ and such Kindleberger , Washington , D. C. ...
Ńňđ. 964
at the time when the suit is brought , and nated by the defendant's repudiation
and the obligation is not enlarged by the fact breach thereof . The defendant
should that the creditor happens to be able to not be heard to say that if he had ... 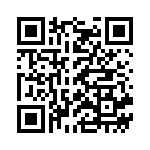