"The death of democracy in Germany was part of a much broader European pattern in the interwar years; but it also had very specific roots in German history and drew on ideas that were part of a very ... ×čňŕňü âĺńü îňçűâ

I selected this book for background reading regarding World War II and my ongoing study of the United States presidents. Since I am currently "studying" FDR I felt that I needed to understand what the ... ×čňŕňü âĺńü îňçűâ

Richard J. Evans was born in London and educated at Oxford University. He has taught at Columbia University and Birkbeck, University of London, and since 2014 has been the Regius Professor Emeritus of History at the University of Cambridge. His many publications include an acclaimed three-volume history of the Third Reich and a recent collection of essays, The Third Reich in History and Memory. A Fellow of the British Academy and the Royal Society of Literature, he is a past winner of the Wolfson History Prize, and was twice a History Honoree at the Los Angeles Times Book Awards. In 2012 he was appointed Knight Bachelor in the Queen’s Birthday Honors List, for services to scholarship. 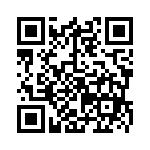