Raphael Patai (1911-1996) was a prominent cultural anthropologist, historian, and biblical scholar of international reputation. He was the author of more than three dozen books on Jewish and Arab culture, history, politics, psychology, and folklore. 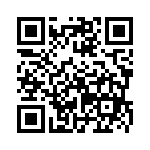