JOHN E. JESSUP is a retired Colonel in the U.S. Army and a retired university educational director./e He spent his last five years on active duty as Chief, Histories Division, U.S. Army Center of Military History, and from 1992 to 1995 he was Academic Dean of American Military University. He is the author of a number of books on military history and world affairs and has lectured and taught both in the United States and abroad on international security issues and military history. 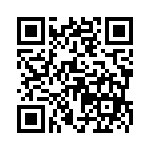