—Úū. 78
The empirical scales do, however, depend on the assumption that attitudes and
beliefs consistently form latent psychological variables. Thurstone and Chave's (
1929) scale to measure attitudes to the Church depended 78 The psychology of ...
—Úū. 117
Here, as elsewhere, the findings depend on the questions that are posed and the
samples that are studied (cf. Argyle and Beit- Hallahmi, 1975, p. 61), and we must
recognize that religious beliefs are received and used, when they have been ...
—Úū. 118
results showed that beliefs about the appropriateness of these prayers vary
across religious denominations, which teach their own doctrines, while the
believed efficacy of such prayer, in different situations, depends on age, because
there is ... 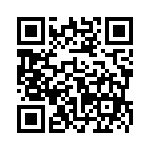