Richard Ramsbotham (M.A. Cantab.) was born in 1962. After teaching English Literature at Warsaw University (1989-1993), he trained at Artemis School of Speech and Drama and later worked as a performer and writer with the Rose Theatre Company. He teaches drama at the Glasshouse College, Stourbridge, and is writing the authorized biography of Vernon Watkins. 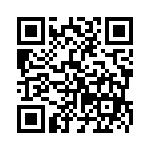