Incredibly good. The holistic picture of the attack on Dresden is laid out in almost forensic detail so that you really feel you understand the situation that the attack happened within and the impact ... Читать весь отзыв

Taylor's book on Dresden is really three books in one - a history of Saxony, a history of aerial bombardment and finally a history of the bombing of Dresden in the Second World War. He would have done ... Читать весь отзыв

Frederick Taylor studied history and modern languages at Oxford University and Sussex University. A Volkswagen Studentship award enabled him to research and travel widely in both parts of divided Germany at the height of the Cold War. Taylor is the author of Dresden and has edited and translated a number of works from German, including The Goebbels Diaries, 1939-1941. He is married with three children and lives in Cornwall, England. 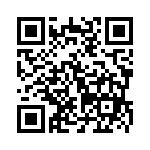