Tobias Hecht is the author of At Home in the Street: Street Children of Northeast Brazil. A freelance writer, editor, and literary translator, he holds a Ph.D. in social anthropology from the University of Cambridge. 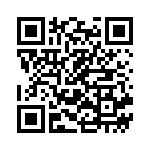