is Professor of Anthropology at the Université Laval and Editor-in-Chief of the journal Anthropologie et Sociétés.She has conducted research on ethnomedicine, alternative medicine, midwifery, and women’s knowledge of the body. She is now conducting research work on humanitarian action and human rights. Her books include Transformations sociales, genre et santé (with Manon Boulianne, 2003), Identités, vulnérabilités, communautés (with Michèle Clément, 2004), Communautés et socialités (with Éric Gagnon, 2005), and De la responsabilité: Éthique et politique (with Éric Gagnon, 2006).

is Professor of Anthropology at the Université Laval. He has conducted research on medical systems in Central and West Africa, in South-East Asia, and in Quebec. He has explored traditional systems of medicine in Africa, the encounter between local medicines and biomedicine, and AIDS. His current work deals with international development and health, as well as the connections between environment and health. 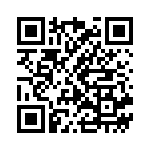