Amy Licence has been a teacher for over a decade. She has an MA in Medieval and Tudor Studies and has published several scholarly articles on the Tudor dynasty and Richard III. Her books include Cecily Neville ('This insight is so rare and so valuable PHILIPPA GREGORY), In Bed With the Tudors ('A fascinating book examining the sex lives of the Tudors in unprecedented detail' THE DAILY EXPRESS), 'Anne Boleyn' and Living In Squares, Loving In Triangles: The Lives and Loves of Viginia Woolf and the Bloomsbury Group. Amy has written for THE GUARDIAN, TLS, BBC HISTORY MAGAZINE and appeared on BBC radio and television. She lives in Canterbury with her husband and two children. 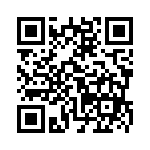