The history of five of Queen Victoria's granddaughters. Alexandra, the shy and proud queen of Russia; Marie, the dramatic and empathic queen of Romania; Victoria Eugenie, who introduced hemophilia ... вХРЮРЭ БЕЯЭ НРГШБ

Her subjects are interesting but the author ruins the books with her awful writing. It feels like she lifts things from other books. Julia Gelardi▓s Born to Rule is the powerful epic story of five ... вХРЮРЭ БЕЯЭ НРГШБ

Julia Gelardi was born in Manila, Philippines, and educated in the United States and Canada. An independent historian and author, she lives with her husband and two daughters in Plymouth, Minnesota. 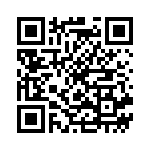