I learned a lot from this book. I learned the inside workings of his mind and why he writes what he does. This book allowed my interest in his other works to grow. I haven't read or seen many of his ... ×čņąņü āåńü īņēūā

Anyone who is aware of the prolificacy of Stephen King's writings will not be surprised to learn that a resource entitled Stephen King's Universe (2001) would need to be updated within five years of ... ×čņąņü āåńü īņēūā

Stanley Wiater has been interviewing and writing about Stephen King for more than two decades. The award-winning author or editor of ten books, he is the writer and host of the television series Dark Dreamers.

Christopher Golden is the award-winning author of many bestselling books including Waking Nightmares, Of Saints and Shadows, Of Masques and Martyrs, and The Myth Hunters. He has also written books for teens and young adults, including Soulless and Poison Ink, and he is the editor of The New Dead: A Zombie Anthology, published by St. Martin's Press. His novels have been published in fourteen languages. Golden was born and raised in Massachusetts, where he continues to live with his family.

Hank Wagner is a respected critic and journalist. Among the many publications in which his work regularly appears are Cemetery Dance and Mystery Scene. 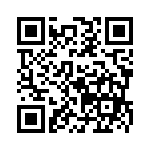