—Úū. 41
When we first saw Mr. Woodhouse's ď Principles of Analytical Calculation , Ē (
published in 1803 , and which , we regret to say , passed unnoticed in our pages
, ) we were led to expect , by a passage in the preface , that the Calculus of ...
—Úū. 42
But , on a novel plan , I have combined the historical progress with the scientific
developement of the subject ; and endeavoured to lay down and inculcate the
principles of the calculus , whilst I traced its gradual and successive
improvements .
—Úū. 366
His object is to prove , which he effects in the completest manner , that
Christianity is a rational system ; he explains the great principles of natural
religion , to the conviction of every intelligent mind ; he exposes with effect the
misapprehensions ... 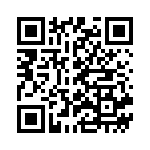