—Úū. 228
Certainly the Prince was on intimate terms with the Prussian Court, and strongly
supported the idea of a united Germany under the lead of Prussia. He saw in
Prussia a Liberal state ó and this was of course before the rise of Bismarck ó
which ...
—Úū. 238
Apart from thirteen members of the English Royal Family, those present consisted
of The King of the Belgians, the Duke of Brabant, the Count of Flanders, the
Prince and Princess Frederick William of Prussia, the Prince and Princess of
Prussia ...
—Úū. 285
... 4 Frederick II, King of Prussia, 2, 210 Frederick Albert, Prince, of Prussia, 238
Frederick Augustus II, King of Saxony, 85, 86, 114 Frederick Charles, Prince, of
Prussia, 238 Frederick the Bitten, 19 Frederick William, Prince, of Prussia (
Emperor ... 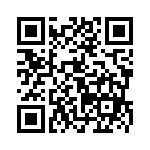