MADONNALAND: And Other Detours into Fame and Fandom

A short book about trying, and failing, to find something new to write about Madonna. As a singer/songwriter-turned-writer, journalist and novelist (Note to Self, 2013, etc.) Simone recognizes both ... ×čňŕňü âĺńü îňçűâ

Alina Simone is a singer-turned-writer whose work has appeared in the New York Times, Slate, Wall Street Journal, and many other publications. She is the author of the essay collection You Must Go and Win and the novel Note to Self, as well as a regular contributor to the PRI news radio show The World. 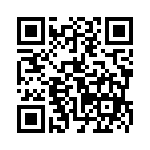