A SPY FOR ALL SEASONS: My Life in the CIA

The engrossing, matter-of-fact memoir of a career CIA officer whose involvement with Nicaragua's Contras brought him to grief at the hands of a special prosecutor. A well-connected New Englander ... Читать весь отзыв

Read of world machinations from the inside, vetted of course, from a self-apologist who never apologises, and often gloats. Читать весь отзыв

Digby Robert Diehl was born in Boonton, New Jersey on November 14, 1940. He received a bachelor's degree in American studies from Rutgers University in 1962 and a master's degree in theater arts in 1967 from the University of California, Los Angeles. He began writing criticism, features, and celebrity profiles for various publications including The New York Times. He published his first book, Supertalk, in 1974. In 1975, he was the founding editor of The Los Angeles Times's Sunday Book Review. He left that paper in 1978 to become editor in chief of the publisher Harry N. Abrams in New York. He later became a book editor at The Los Angeles Herald Examiner, a movie critic and entertainment editor for KCBS television in Los Angeles, a Hollywood correspondent for The CBS Morning News, and a literary correspondent for ABC's Good Morning America. He collaborated on numerous memoirs including A Spy for All Seasons: My Life in the C.I.A. with Duane R. Clarridge, Angel on My Shoulder with Natalie Cole. The Million Dollar Mermaid with Esther Williams, Priceless Memories with Bob Barker, and Alone Together: My Life with J. Paul Getty with Teddy Getty Gaston. He died on September 26, 2017 at the age of 76. 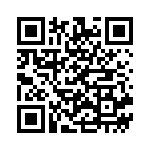