Dallaire was a Canadian peacekeeper sent by the UN as commander of the peacekeeping effort in Rwanda a few months before the genocide in 1994. It was very interesting (and extremely frustrating at ... Читать весь отзыв

This book has taken me a while to finish because of its complexity and its subject matter which is the 1994 civil war in Rwanda where 800,000 citizens were killed in a few months. The author, Canadian ... Читать весь отзыв

Roméo Dallaire joined the Canadian Army in 1964. A three star General, he served as Deputy Commander of the Canadian Army and later in the Ministry of Defence. In 1993 he was sent to Rwanda on a UN peace-helping mission; he was soon struggling to prevent one of modern history's most shocking events and the UN's famous failed mission: the genocide in Rwanda. General Dallaire was medically released from the armed forces in April 2000 due to posttraumatic stress disorder and is now special adviser to the Canadian government on war-affected children and the prohibition of small arms distribution. In January 2002, he received the inaugural Aegis Award for Genocide Prevention in London. The Rwandan genocide is one of the most shocking examples of political exploitation and ethnic cleansing in living memory. It has been immortalised in the films Hotel Rwanda and Shooting Dogs, and here in the words of a seasoned soldier. 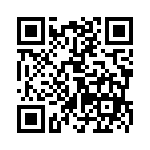