THE WEIGHT OF WINTER

Winter indeed becomes a weighty matter in this long-winded tale of two months in the life of back-country Maine—an area already thoroughly plumbed in the previous The Funeral Makers (1986) and Once ... ×čňŕňü âĺńü îňçűâ

The weight of winter

First there was The Funeral Makers ( LJ 5/15/86) and then Once Upon a Time on the Banks ( LJ 8/89). Now here is the last of the trilogy detailing the lives of a variety of characters who people the ... ×čňŕňü âĺńü îňçűâ

Cathie Pelletier was born in Allagash, Maine in 1953. She received a B.A. from the University of Maine in 1976. She has written books under her own name and the pseudonym K. C. McKinnon. The books written under her own name include The Funeral Makers, A Marriage Made at Woodstock, The Summer Experiment, and A Year After Henry. She has received several awards including the New England Booksellers Award for The Weight of Winter and the 2006 Paterson Prize for Running the Bulls. Under the pseudonym of K. C. McKinnon she wrote two novels, Dancing at the Harvest Moon and Candles on Bay Street. Both were adapted into television movies by CBS and Hallmark respectively. She writes country music lyrics. She has co-written several books with singers including 100 Ways to Beat the Blues with Tanya Tucker, The Christmas Note with Skeeter Davis, and The Ragin' Cajun with Doug Kershaw. 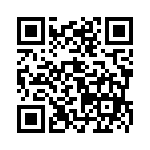