Ńňđ. 231 - Ay, now am I in Arden ; the more fool I : when I was at home, I was in a better place : but travellers must be content.
Âńňđĺ÷ŕĺňń˙ â ęíčăŕő (614) ń 1733 ďî 2008
Ńňđ. 6 - This volume is not the least interesting or instructive among the records of the late expedition in search of Sir John Franklin, commanded by Captain Austin. The most valuable portions of the book are those which relate to the scientific and practical observations made in the course of the expedition, and the descriptions of scenery and incidents of arctic travel. From...
Âńňđĺ÷ŕĺňń˙ â ęíčăŕő (100) ń 1844 ďî 2006
Áîëüřĺ
Ńňđ. 8 - LATE ATTACHED TO THE CONSULAR SERVICE IN SYRIA, Second Edition, 2 vols. with Illustrations, 21s. " A very agreeable book. Mr. Neale is evidently Quite familiar with the East, and writes in a lively, shrewd, and good-humoured manner. A great deal of information is to be found in his pages.
Âńňđĺ÷ŕĺňń˙ â ęíčăŕő (105) ń 1844 ďî 2006
Ńňđ. 11 - SAM SLICK'S WISE SAWS AND MODERN INSTANCES ; OR, WHAT HE SAID, DID, OR INVENTED. Second Edition. 2 vols. post 8vo. 21s.
Âńňđĺ÷ŕĺňń˙ â ęíčăŕő (142) ń 1835 ďî 2005
Ńňđ. 302 - It is no dry enumeration of names, but the very marrow and spirit of the various works displayed before us. We have old ballads and fairy tales, always fascinating ; we have scenes from plays, and selections from the poets, with most attractive biographies of great men. The songs and ballads are translated with exquisite poetic beauty.
Âńňđĺ÷ŕĺňń˙ â ęíčăŕő (75) ń 1852 ďî 2006
Ńňđ. 3 - Starting from Bremen for California, the author of this Narrative proceeded to Rio, and thence to Buenos Ayres, where he exchanged the wild seas for the yet wilder Pampas, and made his way on horseback to...
Âńňđĺ÷ŕĺňń˙ â ęíčăŕő (154) ń 1835 ďî 2006
Ńňđ. 135 - The Warners ceased their supper to listen and look ; and they saw emerging from the woods, and rattling down the hill at a brisk trot, the cart of one of those itinerant tin merchants, who originate in New England, and travel from one end of the Union to the other, avoiding the cities, and seeking customers among the country people ; who, besides buying their ware, always invite them to a meal and a bed. The tin-man came blowing his horn to the steps of the porch, and there stopping his cart, addressed...
Âńňđĺ÷ŕĺňń˙ â ęíčăŕő (11) ń 1830 ďî 2008
Ńňđ. 270 - ... em. I felt strong as a boss, too, and the dug-out hadn't more'n leaped six lengths from the bank afore — zip — chug — co-souse I went — the front eend jest lifted itself agin a sawyer and emptied me into the element ! In about a second I came up bang agin a snag, and I guess I grabbed it sudden, while old Missouri curl'd and purl'd around me as ef she was in a hurry to git to the mouth, so she might muddy the Massissippi. I warn't much skeer'd, but still I didn't jest like to hang on...
Âńňđĺ÷ŕĺňń˙ â ęíčăŕő (12) ń 1847 ďî 2006
Ěĺíüřĺ

Thomas Chandler Haliburton was born on December 17, 1796, in Windsor, Nova Scotia. After graduating from Kings College in Windsor, Haliburton opened a law practice at Annapolis Royal. Twenty years later, in 1841, Haliburton was appointed a Judge of the Nova Scotia Supreme Court. In addition to his work as a lawyer, politician, and judge, Haliburton was an author, the first Canadian writer to gain international attention during the 19th century. He is best known for the book The Sayings and Doings of Sam Slick of Slickville, featuring the literary character Sam Slick, a Yankee clock peddler whose witty sayings are still quoted today. As a history writer, Haliburton wrote the books History of Nova Scotia and Rule and Misrule of the English in America. Haliburton died at his home, Gordon House, in 1865 and was buried in the Isleworth Churchyard. 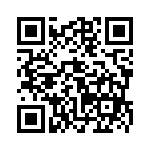