Paul Elledge is a professor of English and Associate Dean of the College of Arts and Science at Vanderbilt University. He is the author of Byron and the Dynamics of Metaphor. 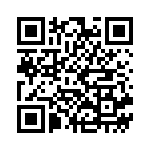