Ð‗­. xiii
translation , I aim at a colloquial , smooth , distinctively American language , and
in general I want the American language itself , and not the paraphernalia of
footnotes , to bear the bulk of the burden of meaning and explanation . I therefore
...
Ð‗­. 25
And I cannot explain ( the contradiction between these two opinions ) . " Said R .
Aqiba , ô I shall explain ( the two sayings ) . [ In the case of a beast designated as
a substitute for an animal set apart as a Passover - offering which was lost ) , the
...
Ð‗­. 98
But the miscellanies go from this to that to the other thing , and it is not easy to
explain why one thing is joined to some other , or why one passage is presented
before , or after , some other . Not only so , but the large - scale aggregates to ... 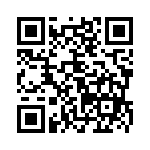