The Essence of Zen is contained here. First compiled in 16th and 17th century Japan, the sayings range from profound to mystifying to comical. A Zen Forest is, according to poet Gary Snyder, ⌠the ... вХРЮРЭ БЕЯЭ НРГШБ

What appears at first glance to be another gathering of quotations is in fact a collection of symbolic verse taken from the body of literature that Zen students in China and Japan used to have to ... вХРЮРЭ БЕЯЭ НРГШБ

Gary Snyder was born in San Francisco, California on May 8, 1930. He received a B.A. in anthropology at Reed College in 1951. Between working as a logger, a trail-crew member, and a seaman on a Pacific tanker, he was associated with Beat poets such as Allen Ginsberg and Gregory Corso and studied in a Zen monastery in Japan. He wrote numerous books of poetry and prose including Danger on Peaks, Mountains and Rivers Without End, No Nature: New and Selected Poems, The Practice of the Wild, Regarding Wave, and Myths and Texts. He received an American Book Award for Axe Handles and the Pulitzer Prize for poetry for Turtle Island. He has also received an American Academy of Arts and Letters award, the Bollingen Prize, the Bess Hokin Prize, the Levinson Prize from Poetry, the Ruth Lilly Poetry Prize, and the Shelley Memorial Award. In 2012, he received the Wallace Stevens Award for lifetime achievement by the Academy of American Poets. 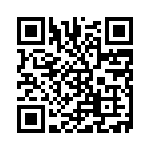