Ńňđ. 104
may not be had to doctrine of equivalents Edward A. Haight , Chicago , Ill . , John
F. to recapture claims which patentee has sur- Oberlin , James R. Stewart ,
Thomas V. rendered by amendment , but when patentee , Koykka , all of
Cleveland ...
Ńňđ. 109
On numerous occasions claims gento these claims and , more particularly , the
eral in their nature were rejected by the controverted language from the time the
Examiner , and it was only after amended claims emerged from the Patent Office
...
Ńňđ. 400
In JanuThe gist of this suit to cancel the lease ary , 1941 , John B. Davis and
others located and option is that appellant made certain seven mining claims ,
known as the Vanadifalse representations concerning the inter- um King Claims
1 to 7. 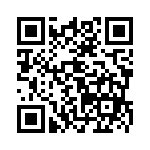