R. R. Bowker was founded in New York City in 1872. Bowker introduced Publishers Weekly in 1872 and Library Journal in 1876 and created the first national guide to available books, the Publishers Trade List Annual in 1873, which would later evolve into Books In Print. Bowker also created the first comprehensive directory to serials publishing, Ulrich's Periodicals Directory in 1932 and the first industry-wide directory to U.S. book publishing Literary Market Place in 1940. Books In Print was created in 1948 and became the first edition of the guide that forever changed bibliographic control. In 1968, Bowker was selected as an official ISBN agency. The release of the CD-ROM Books In Print PLUS and Ulrich's PLUS in 1986 were among the first CD reference products on the market and in 1999, Bowker introduced booksinprint.com, the world's first bibliographic database on the Web. 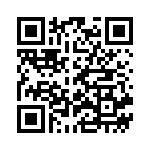