Suzanne Magnanini is an associate professor in the Department of French and Italian at the University of Colorado at Boulder. 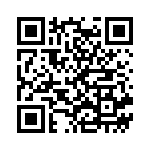