Wilson D. (Bill) Miscamble, C.S.C. was born in Roma, Australia and educated at the University of Queensland. He pursued graduate studies in history at the University of Notre Dame from where he received his doctorate in 1980. He then served for two years as North American Analyst in the Office of National Assessments, Department of Prime Minister and Cabinet, Canberra, Australia. In August of 1982 he returned to Notre Dame and entered the priesthood formation program of the Congregation of Holy Cross of which he is now a member. He was ordained a priest in 1988 and has taught at Notre Dame since then. He chaired the History Department from 1993 to 1998. His book George F. Kennan and the Making of American Foreign Policy, 1947-1950 (1992) received the Harry S. Truman Book Award. He also has authored Keeping the Faith, Making a Difference (2000), and edited American Political History: Essays on the State of the Discipline (with John Marszalek, 1997), and Go Forth and Do Good: Memorable Notre Dame Commencement Addresses (2003). He also has published a number of articles, essays and reviews and received a number of awards for his teaching at Notre Dame. 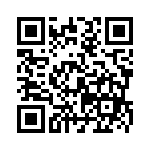