John Berry is Emeritus Professor of Queen's University, Kingston. He has been a Visiting Professor and researched at a large number of universities around the world and has published over 30 books and 150 journal articles. His honours include the Donald Hebb prize from the Canadian Psychological Association, the Interamerican Prize from the Sociedad Interamericana de Psicologia and Honorary Doctorates from the Universities of Geneva and Athens.

Ype H. Poortinga is Professor in cross-cultural psychology at the Universities of Tilburg and Leuven. From 1965-1972 he worked at the National Institute for Personnel Research in Johannesburg. He has been Secretary-General and President of the International Association of Cross-Cultural Psychology and President of the International Test Commission, the Dutch Psychological Association and the European Federation of Psychologists Association.

Marshall Segall is Professor Emeritus of Social and Political Psychology in the Maxwell School at Syracuse University. He has also taught at Columbia University, the State University of Iowa and Makerere University in Uganda. He has co-authored a number of textbooks and monographs on cross-cultural psychology and served as President of the International Association for Cross-Cultural Psychology and President for the Interdisciplinary Society for Cross-Cultural Research.

Pierre Dasen is a Professor at the University of Geneva, where he originally studied developmental psychology under Piaget. He has worked and studied with Aboriginal children in Australia, Inuit in Canada, Baoulé in Côte d'Ivoire and Kikuyu in Kenya. More recently he has directed a research team working on intercultural education and he has co-authored and co-edited a number of books on cross-cultural psychology. 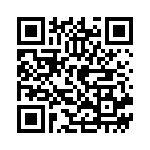