The name and the format of the book were off-putting. It presents a story from multiple points of view that don't always agree with each other. This is a book that rewards patience, but doesn't give ... Читать весь отзыв

A Maggot. How should I put this? I am a fan of J. Sheridan LeFanu and Algernon Blackwood. (And Wilkie Collins). If you like these authors, you really should give this book a shot. Try and find the ... Читать весь отзыв

John Fowles won international recognition with The Collector, his first published title, in 1963. He was immediately acclaimed as an outstandingly innovative writer of exceptional imaginative power. This reputation was confirmed with the appearance of his subsequent works including The Aristos, The Magus, The French Lieutenant's Woman, The Ebony Tower, Daniel Martin, Mantissa and A Maggot. John Fowles died in 2005. 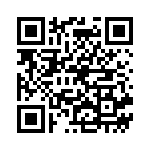