Ńňđ. 11
Pennsylvania creditors as to local assets ( Alexander N. Rubin and Goff & Rubin ,
was different from suit by United States to on the brief ) , all of Philadelphia , Pa . ,
for foreclose government tax lien and for deappellant . termination and ...
Ńňđ. 60
1 when shipmodities Act , and where interpretation had ped might be considered
by way of recoupbeen adhered to for over ten years , the in- mer of damages ,
and filed a brief in supterpretation , not being plainly erroneous port thereof .
Ńňđ. 882
Washington , D. C. , Principal Attys . , Fed- The largest market to be served is the
eral Power Commission , were on the brief , Detroit - Ann Arbor area in Michigan .
Natfor respondent . ural gas is now brought into that area only Mr. Thomas J. 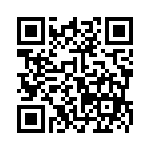